The changing fortunes of Glasgow’s transport

Glasgow’s Buses is a comprehensive and entertaining survey of the vehicles of Glasgow Corporation Transport, the Greater Glasgow/Strathclyde PTE and Strathclyde Buses from 1924 to 1993. Drawing on the resources of the Glasgow Vintage Vehicle Trust and the Glasgow City Archive, author Stewart Brown uses previously unseen documents to explore the many challenges facing the city’s main transport provider over seven decades.

These included rapid expansion of the bus fleet in the 1930s, fuel conservation measures during the war, the introduction of trolleybuses, the troubled story of body production in the corporation’s workshops, the creation of the PTE in 1973, and the upheavals caused by the deregulation of local bus services in the 1980s.

The text is supported by high-quality photographs, maps, drawings and tables which include a fleet list and details of the prices the corporation paid for its buses.

A mine of information 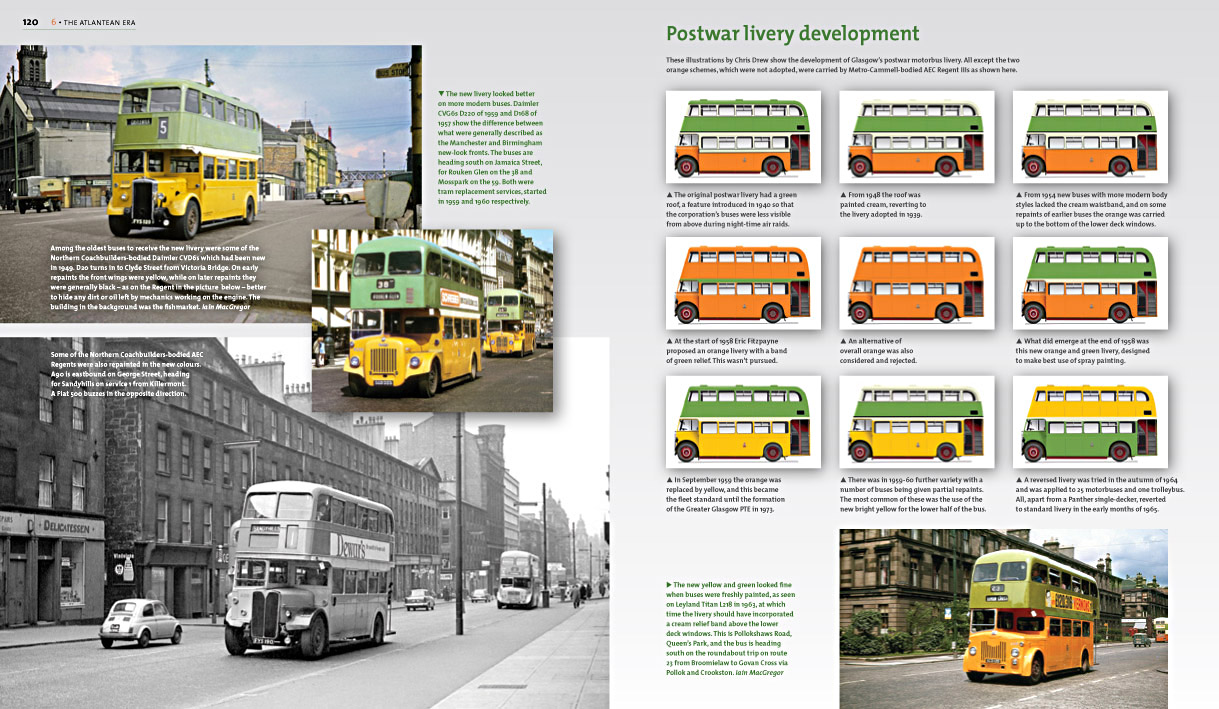 Glasgow’s buses were colourful, as these sample pages from the 1960s and 1980s show. And the background to their operation was often colourful, too. The book examines Corporation transport department general manager ERL Fitzpayne’s desire to modernise the fleet after World War 2, with high-capacity single-deckers – and even with buses towing passenger trailers. And he wanted to extend the trolleybus network, arguing that in many respects electric power beat diesel. 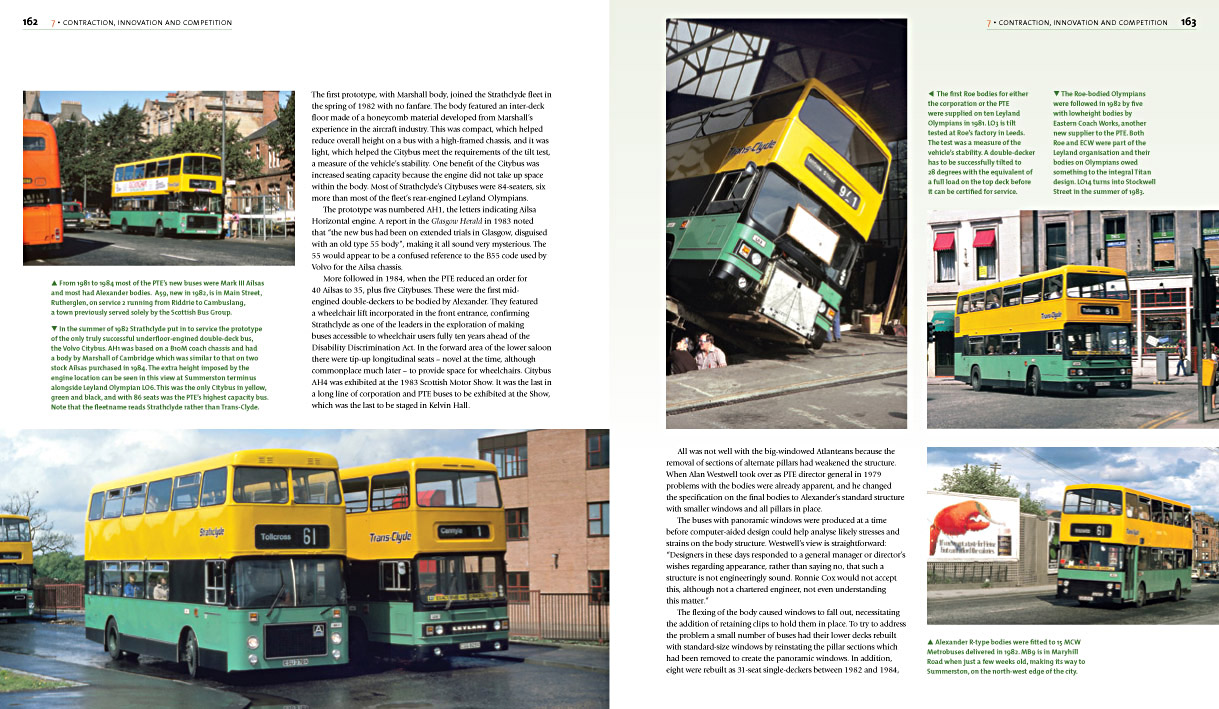 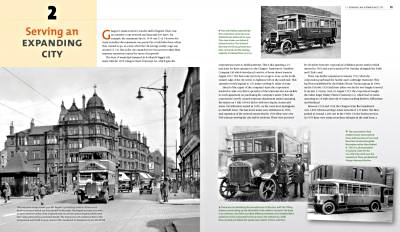 From 14 primitive single-deck buses in 1924 the corporation fleet expanded to serve the city’s new suburbs with the introduction of over 300 modern double-deckers between 1928 and 1931. The background to this spectacular growth is explored, along with the challenges it created. 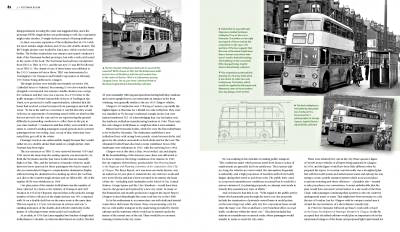 Glasgow Corporation owned its own power station, and at various times it was proposed that the city’s trams be replaced by trolleybuses. They appeared, launched in a vaguely shambolic way, in 1949 but expansion plans were never fully implemented and the system closed in 1967, unlamented. 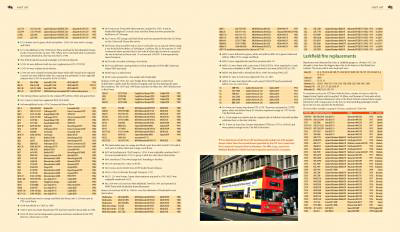 Among the appendices is a nine-page fleet list, the first complete listing in a single volume of every bus owned by the corporation, the passenger transport executive and Strathclyde Buses. To those who know the fleet, it will come as no surprise that most of them were Leylands.

We won't use your email for any other purposes.